There are two very different ways in which an eagle nest is lost due human causation.

The first I have unfortunately witnessed. It is called a “nest take” and it is federally permitted through the U.S Fish and Wildlife Service (USFW). Nest “takes” as they are called, are either done by toppling the nest tree and all old growth cottonwoods in the vicinity with with chains, or by chainsaw.

One of my favorite eagles was subjected to the insult of a nest “take.”

The following photos capture the Erie Bald Eagle nest before and after the federally permitted “take” of the nest in 2015. (If you would like to know more, like we did, about what happens after a nest take, please see our blog post on the Erie nesting Bald Eagles.). 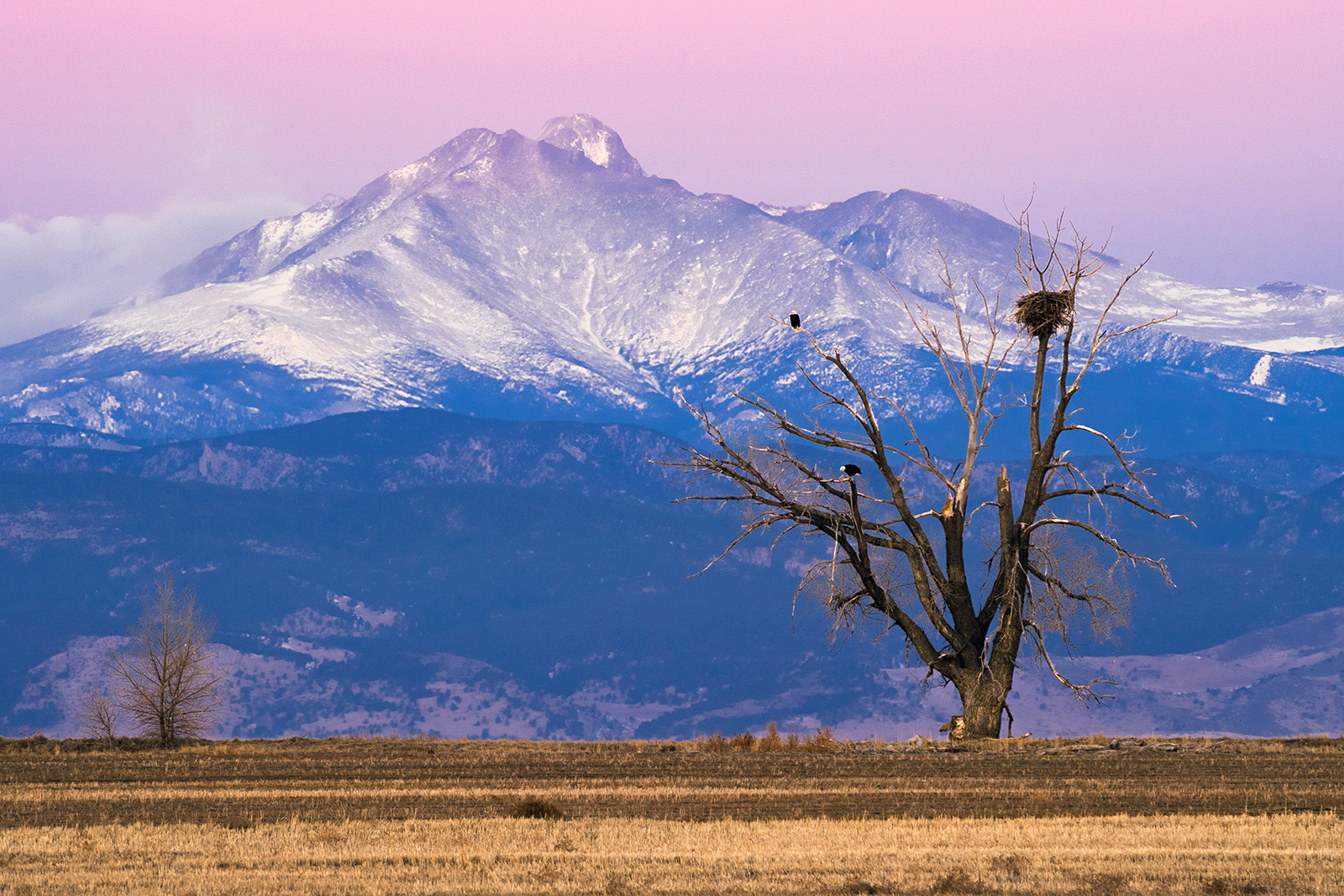 The Erie nest as it existed in 2013 before the federally allowed “take” in December 2015.

In this photo, you can see the fallen nest tree and other cottonwoods at the site. 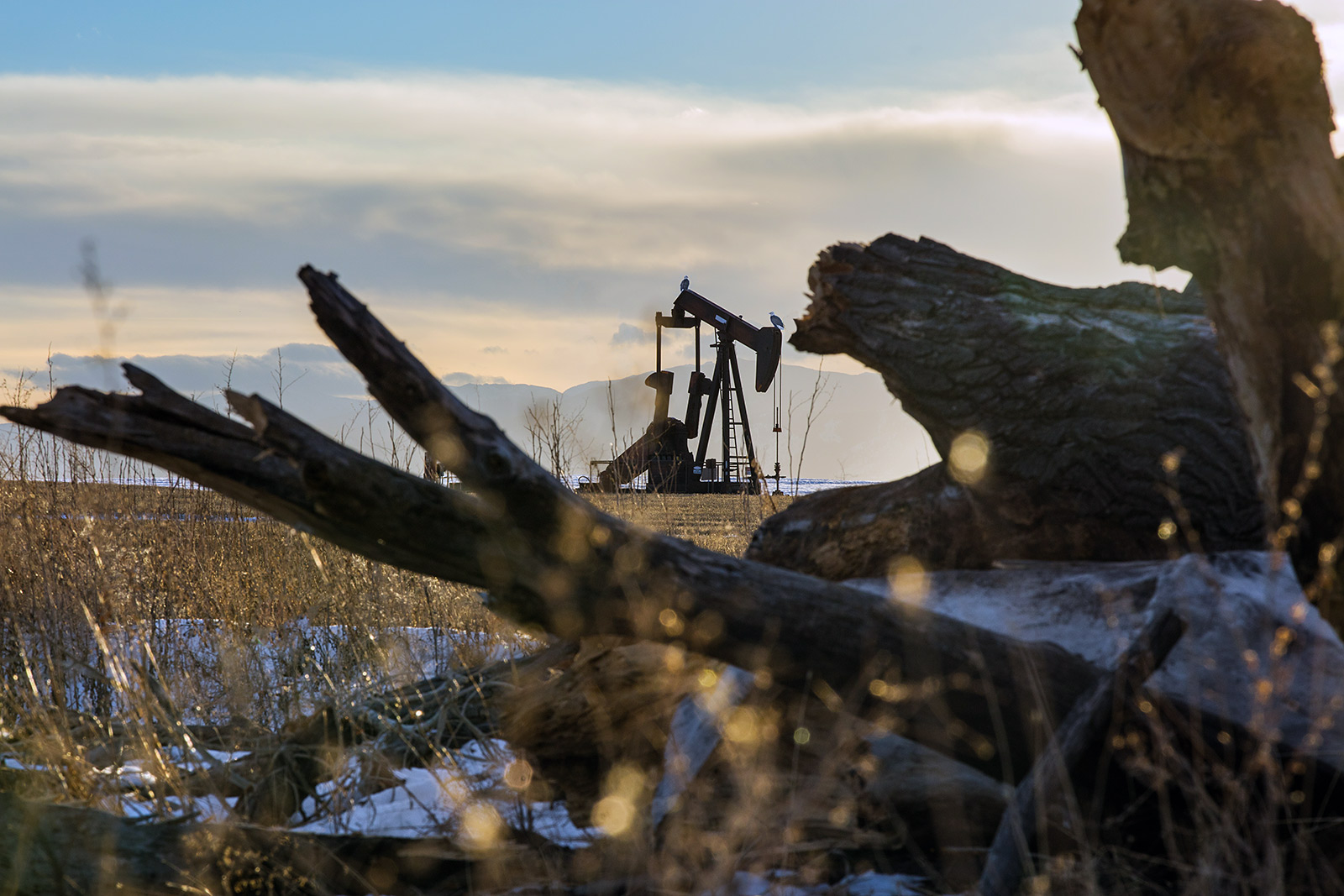 This photo depicts the the root ball of the toppled tree in foreground, while the Erie nesting eagles are perched on the pumper immediately behind their destroyed nest tree. During late November of 2019, USFW permitted the destruction of yet another Bald Eagle nest, just 12 miles away from the former Erie nest. USFW in August, 2019 allowed a developer to destroy another Bald Eagle nest tree without permit or legal consequence, this time just 7 miles away from the original Erie nest.

The second type of Bald Eagle loss may even more sinister than the permitted “take,” as it is difficult to recognize and akin to the off-described death by 1,000 cuts. We have thousands of hours of studies that document behavioral changes of the Bald Eagles at the Broomfield or Stearns nest. Our studies show how consistent and repeated encroachment and disturbance by human development since 2013 has in essence, worn the Steans nesting eagles down. As a result, the eagles have moved to a new site.

Although FRNBES behavioral studies of the Stearns nesting eagles gave us an indication that the eagle pair was “considering” a move of nest sites last year (fall of 2018), they waited until this season (fall of 2019) to finally move their nest from the noise and commotion. As is typical with nesting Bald Eagles, the Stearns eagles selected to re-nest within their familiar near-nest territory, and moved to one of their commonly utilized perch trees, about 1 km (0.75 miles) to the east of their original nest.

Although a common assumption is that alternate nest trees should be easy for eagles to find, that is demonstrably not the case across the northern Colorado Front Range. The simple reason is that Bald Eagles in the Colorado Front Range nest only in old growth cottonwoods, and “suitable” old growth cottonwoods for an eagle nest can be difficult to find. The requirements for a suitable nest tree include being a considerable distance from a myriad of potential human disturbances; it must be close to requisite resources; and the trees must have relatively open canopies and a good crotch structure to support the heavy nests—older nests often weighing more than 1,000 pounds.

Unfortunately, due the dearth of suitable old growth cottonwood trees for nesting, the Stearns eagles chose a nearly dead tree, and are currently in the process of building a nest on thin, broken limbs that are lacking any substantive support. We have been pleased to witness these experienced eagles putting up the foundations of a new nest. Unfortunately, it will only be a matter of time before the strong Colorado winds will take this nest down. Certainly it will not be long before this nest is lost, but here due to a death by so many cuts over a period of time. 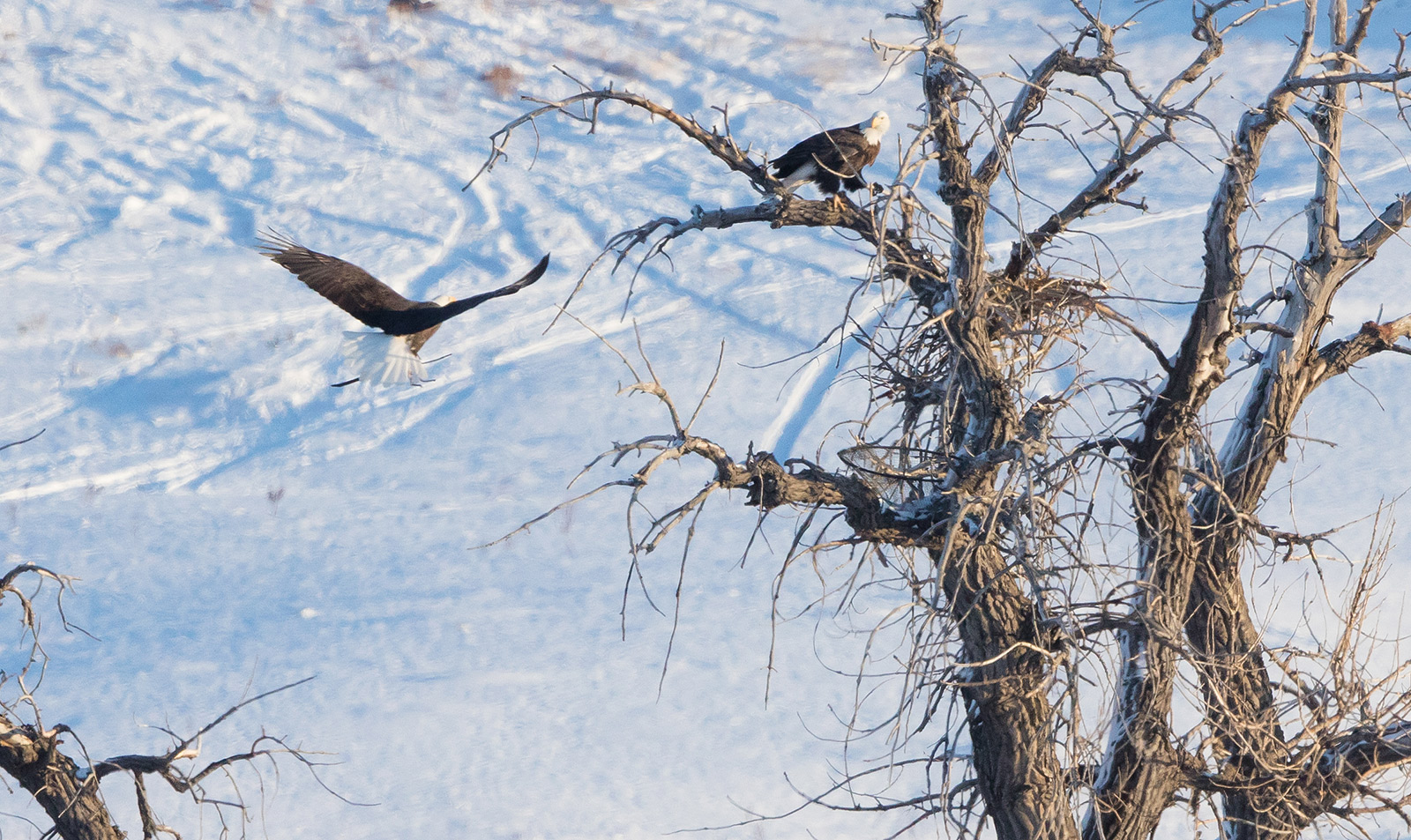 I had a conversation with young county employee who put up trail detour signs and closed access gates to keep trail users at a distance from the new eagle nest. He quipped that his work probably wasn’t worth the effort. I believe his point being that Bald Eagles are so adaptable to humans, they really don’t need to be protected from encroachment. Trying to not preach, I just remarked about the death by 1,000 cuts, and that is exactly why they are now needing the help that they brought for the trail closure.